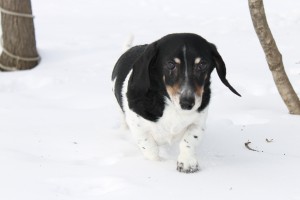 It has been a long, cold, hard winter in Cleveland this year.  Our normal snowfall average is 62.5 inches.  We have had over 70 inches so far and more is coming tomorrow! And we still have plenty of time to keep piling it on.  Snow can fall here as late as the end of April so although the birds are chirping and the clocks have sprung forward, we are a far cry from packing up the winter boots and cleaning out the garage and car. Oh how I would love to wash my car and have it stay clean for more than day.  I can’t even see out of the back up camera because it’s coated in a nice layer of salt.  Keeping the car clean is impossible with 2 boys and their dirty boots that step and kick everything in the car. The snowiest winter on record was the one we moved back to Cleveland from VA  in 2004 when we got 117.9 inches!  The mild climate and weather in VA was a nice change and we were questioning our choice to move back home at that time.  Not only has the snowfall been an issue this year, the bitter cold has been even worse.  We set a 30 year record with 10 days of below zero temperatures!  The boys have been cooped up for indoor recess more days than not and their energy levels are similar to a volcano about to erupt.  Now that it’s been mild and 50 for a few days we’ve been maximizing our outdoor play.  Skip swim practice and other regularly scheduled activities, they need to just play outside in the fresh air and be kids. Ok, enough with the weather stats and complaints.  I do hate to do that as we live in Cleveland and this is expected, it just doesn’t get any easier.  Now I feel bad for myself and kids but the one who suffers the most is Ralphie.  Poor guy.  The snow has been so deep he must have an area shoveled to go out or he would be half covered.  He’s only off the ground by an inch so it doesn’t take much snow to do this.  I can barely open the door without freezing to let him out to do his business.  I do feel quite bad making him go to the bathroom outside but it does make him very efficient.  Get out, get done, get in.  He is not amused at this and just looks at me as if to say, “really, you’re making me go out there?’  He wears a fleece jacket around the house because he is constantly shivering.  So we will enjoy this nice 50 degree day with a few walks outside , until tomorrow when it’s 15 degrees….